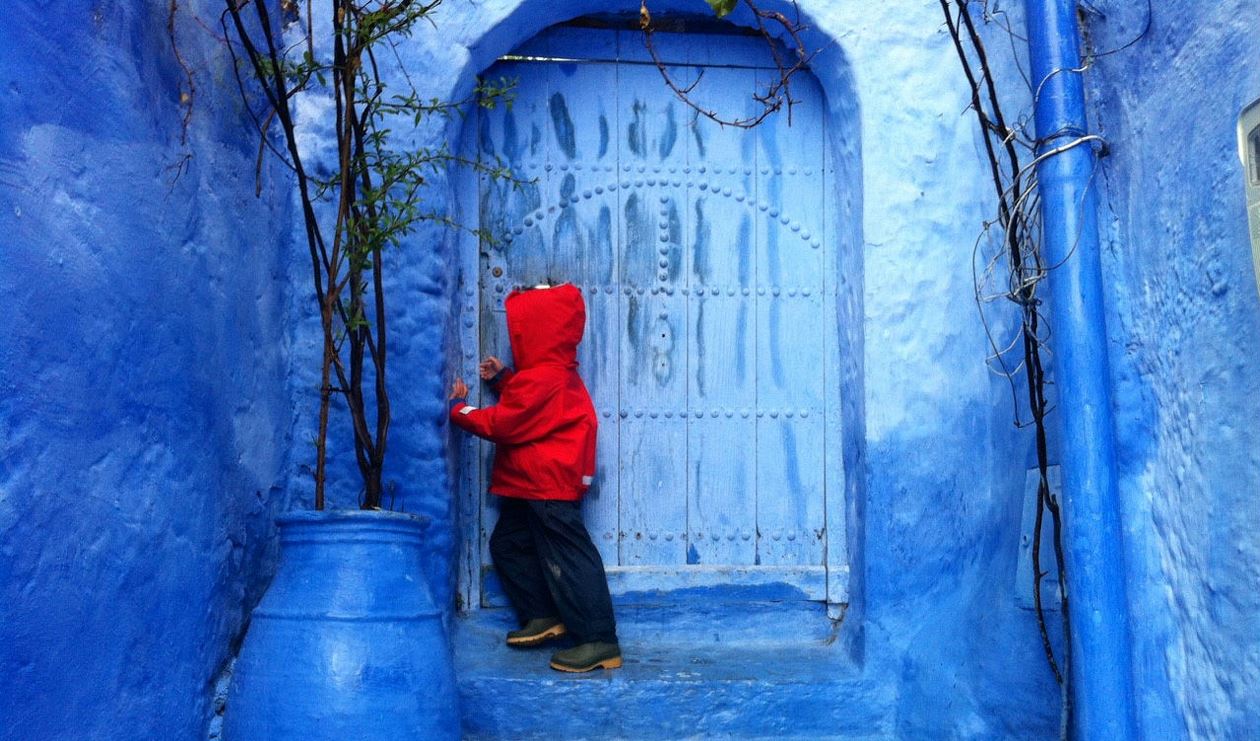 As promised, we are bringing you the adventures of the Hurst family as they educate their children through the adventures experienced while travelling. Read more about their aims here. David takes up the story.

Family expectations
Expect the unexpected is mostly what we expected from our trip to Morocco!

We’d heard that although only ten miles across from southern Spain it was like entering another world, one that was much poorer and that in places could still be like a scene from a couple of thousand years ago.

To visit somewhere new and different we were overall very excited – yet also slightly apprehensive from travelling in an unknown country with our two young boys, Daniel, aged five, and Darley, three.

Also from driving our £40,000 Swift Escape motorhome in a country that we’d been told was very poor… Then we’d been told the roads were suspect in places. Also that the campsites for us campers used to our Camping And Caravanning Club sites in Britain or C&CC approved ones in Spain might not be quite up to scratch.

Organising the trip
The ferry from Algeciras to Tanger was booked for us by the experts at the C&CC ahead of us leaving Britain a few weeks ago, and also we had the required jabs at our local doctor’s surgery a few weeks ago before we’d set sail on Brittany Ferries from Portsmouth to Santander. In the end we decided not to take our collie dog, Colin, as we heard it could be hard work getting him back into Spain, so we booked him for a doggie holiday in kennels near Malaga.

We read up on Morocco and decided our route for the ten days we had there. We became familiar with the forms we’d need to fill in on the boat in order to import (then on the way home, export) our motorhome. And of course we learned how to say “hello” and “thank you” in Arabic!

Brief travelogue – in, while there, back
The ferry crossing was fine, a journey that took just over an hour and during which we were lucky enough to seeing leaping porpoises at either end of the trip. In Morocco we were greeted with – and this continued throughout our stay – torrential rain and swirling winds. We’d expected wall-to-wall sunshine! Expect the unexpected…

The first hour of our Moroccan experience was spent queuing in our motorhome in the teeming rain in a customs system that had no system! In the end both my wife Debs and I took turns getting out in the teeming rain and finding a roster of people (some official looking and some not so…) to get the required forms and then get them filled in.

First impressions were of seeing many police, on every roundabout for instance, as well as many people walking. Even when we got up into the mountains on our way to our first stop of Chefchaouen there were still people walking every mile of the way, most in the peak-hooded djellabahs if they were men or with covered hair if women.

The scenery was stunning and to us surprisingly green, and the roads were generally pretty good although the cambers were steep in places or even subsided at the edges. But the greatest impression was that we’d gone back in time to a mystical Biblical place. As well as the people at the roadsides in djellabahs there were the shepherds walking with their sheep, dozens of donkeys and cows, plus smiling beautiful children who often rushed from where they were to gleefully wave at us.

Highlights
Chefchaouen was our highlight. A beautiful mountain town with most of the ancient buildings, streets and even tree trunks painted a pale blue. A local man called Abdul told us that this was to stop the mosquitoes as they thought it was a series of flowing rivers, and they don’t like fast-moving water.

People were superbly friendly, generally laidback and apart from by the main square’s restaurants we hardly got hassled at all as we’d been warned might be the case in some places. The resounding echo around the entire place of the call to prayer from the many mosques was mesmerising and brought on a slight rush among the relaxed atmosphere as the robed men made their way to the mosques. Experiencing all this sort of thing is exactly what travelling is all about, soaking up every single second of life about you!

We did get soaked every second we were outside, so unfortunately it was too wet and wild in the pleasant campsite – up the mountain even higher than the town – to get out our Outwell outdoors gear such as the awning. But we did very much appreciate cooking a tasty shepherd’s pie and other warming meals on our Outwell pots and pans, and then using the green Outwell dishwashing brush – much needed as the Moroccan campsites only had cold water to wash in… (Overall the campsites we stayed on were pleasant, but with no hot water and washing machine facilities were not up to much either.)

Another highlight of our trip to Morocco was the seeing the splendour of the golden-gated King’s Palace in Fes as well as the maze that is the city’s mysterious medina. The medina in Morocco’s third largest city is made up of 9,000 narrow streets with everything sold there from intricate lamps, woven rugs and sweet-smelling spices to (possibly!) Levi’s jeans and Man United or Arsenal leather slippers! Plus couscous of course. Watch out for the heavy-laden donkeys charging up behind you (especially if you are heavy-laden yourself with a tired little boy on your shoulders…)!

We also really loved the astounding and expansive Roman ruins of the town of Volubilis, definitely worth a visit. Seeing the ruins were all part of travelling that most definitely puts life in perspective: it has been a long time before us and it will carry on long after us.

The other overall highlight was the welcoming Moroccan people. They were so friendly and almost innocent in their joy compared to what we might be used to in the western world. We’ve never had so many people looking so genuinely delighted to see our children, some just about falling over in their sheer glee, others kissing them, and many giving gifts of sweets. Such was the eagerness to give (and a knowing of the gift of giving?) that we were even given a tin of old tuna by one kind man who on looking around for something could only find this…

Lows
The tragic state of many of Morocco’s animals: matted, ribby and so forlorn, especially the donkeys. Undoubtedly it was to do with the fact that Morocco is a financially poor country, and so many of their owners were also short of food. But sadly we also saw some animal cruelty such as the boy throwing stones at a tethered calf. Seeing the bony stray dogs and cats was a real low too.

Also the rubbish in places, not so much litter, but like landfill sites on the edges of some towns. Part of our overall feeling from our trip was a huge sadness that such friendly and spiritual people had such hard lives, and so close to such financial wealth in Europe too. Having said that, we also saw a lot more smiles than you see in wealthier parts of these wealthy nations…

Education and lessons learnt by all members of the family
The biggest lesson is that people are overwhelmingly kind the world over. Yet if you went by the British government’s website travel advice you’d probably not go to Morocco! So there’s a major lesson there… There was also a fantastic living RE lesson in this country; Geography and History too, as with all travel; Mathematics from all the wonderful shapes and patterns in the intricate doorways and on the walls; and some great lessons in Art & Design too.

A lesson learnt by all the family, and one that’s not on the National Curriculum? ETU – or Expect The Unexpected

Comments from the children
Daniel says:
"We saw some camels on our way home, and I really liked them. I also liked the donkeys that we saw everywhere, hundreds of them, some eating grass, others carrying massive loads such as recently cut grass. We even saw a cow eating out of a bin! We fed lots of the stray cats and dogs, and I wanted to bring them all back with us in our motorhome. I love our mini djellabahs that Mummy and Daddy bought for me and my brother Darley in the blue town [Chefchaouen]. Wearing mine will always remind me of Morocco. Everyone was really friendly there, especially to us children. We got given lots of hugs and kisses, sweets and chocolate. So I think, everyone should go there – especially children!"

Darley says: "
I love all the animals especially the cats in The Rocco!"